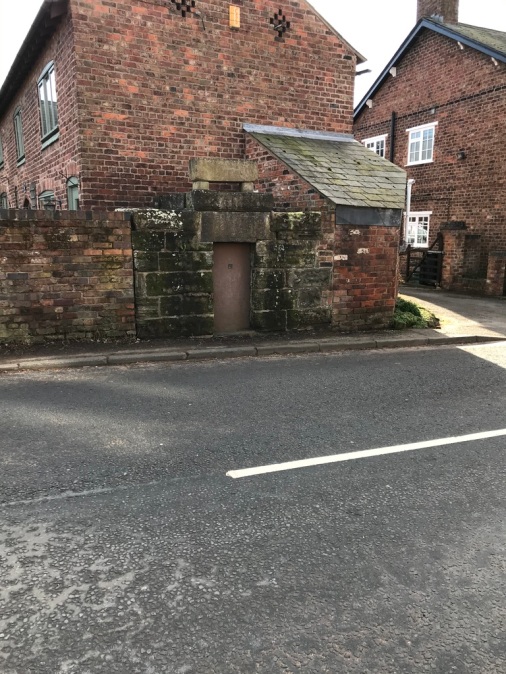 This Lock Up is situated on the old main road towards Chester, and is on the end of a barn, (Weldon House) opposite the Royal Oak Hotel. Described by British listed buildings as being mid to early  19th Century, rock faced buff sandstone, massive slabs forming the roof. !.6 metres in height, semi circular in plan. Possibly built on the site of an earlier pinfold. At the Quarter Sessions of 1842 it was criticised by Magistrates as being unfit for use further than to deatin a prisoner for an hour or two, and it was recommended that prisoners be taken to Tarpoley or Frodsham instead.